I happened upon this coolest of dive bars while strolling through Philadelphia on the Philadelphia Mural Arts self-guided tour of 17 of Center City’s most iconic murals.   Following the guide map along vibrant city streets and through quaint neighborhoods to the corner of 13th and Pine Streets, I dialed the phone number provided in the tour guide to get the scoop on mural number 11.  The mural wraps around the corner building and features an assortment of famous Frank’s including Frank Lloyd Wright, Ben Franklin, Frankenstein, Frank Sinatra, Aretha Franklin, Frank Zappa, Franklin D. Roosevelt and, of course, a frankfurter.

Philadelphia’s Mural Arts program was started as an anti-graffiti campaign and now provides giant art in the form of murals on the walls of buildings throughout city.  Each mural tells a story associated with the building where it is painted.  Mural number 11 tells the story of Dirty Franks – or at least part of the story. 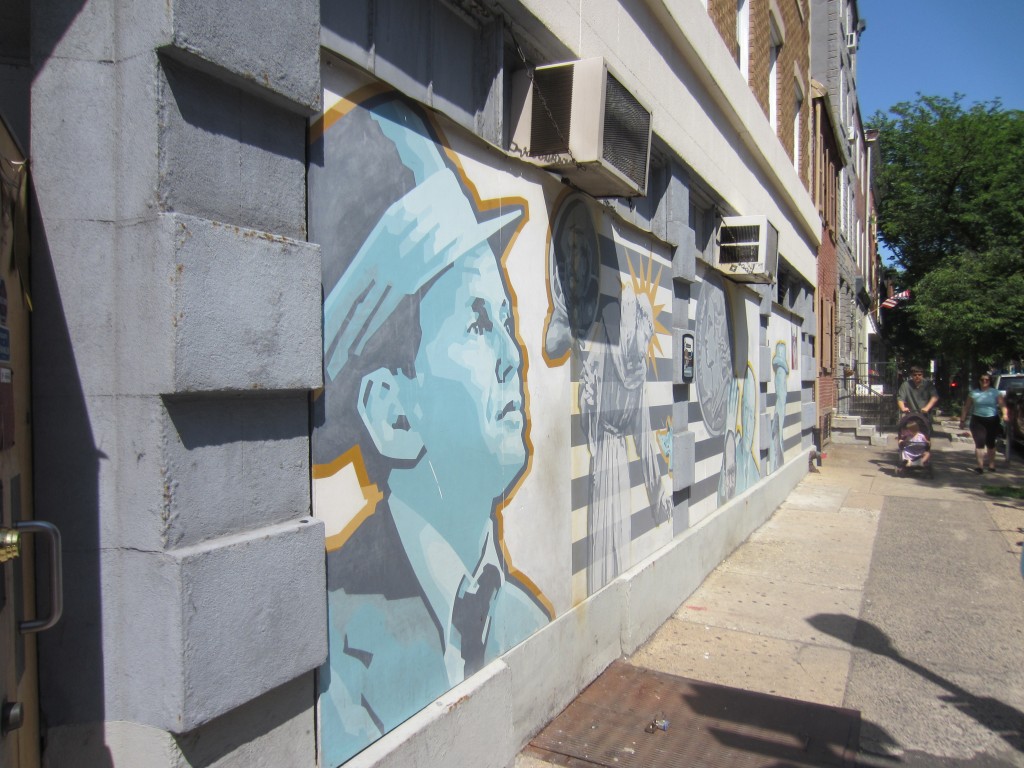 Years ago some of the members of the community wanted the bar closed down but loyal patrons and other residents fought to keep it open.  The result was a compromise – the bar could stay but the sign had to come down.    In 2001 portrait artist David McShane gave Dirty Franks something better than a sign – a wall filled with Franks.   It was suggested he paint Frank Rizzo, a former Philadelphia Mayor in the 1970’s who was known for turning a blind eye to helping African American residents.  McShane declined.  Plenty of other Franks seemed to be more deserving.

Dirty Franks’ art doesn’t stop on the walls outside.  Inside, the walls of the bar serve as a functioning art gallery displaying the works of local artists with collections rotating every six weeks.  From the $2 Wall of Shame displaying shamefully cheap alcohol to a memorial wall dedicated to those patrons who have gone to that great happy hour in the sky, checking out the memorabilia around the bar could keep you busy all afternoon. 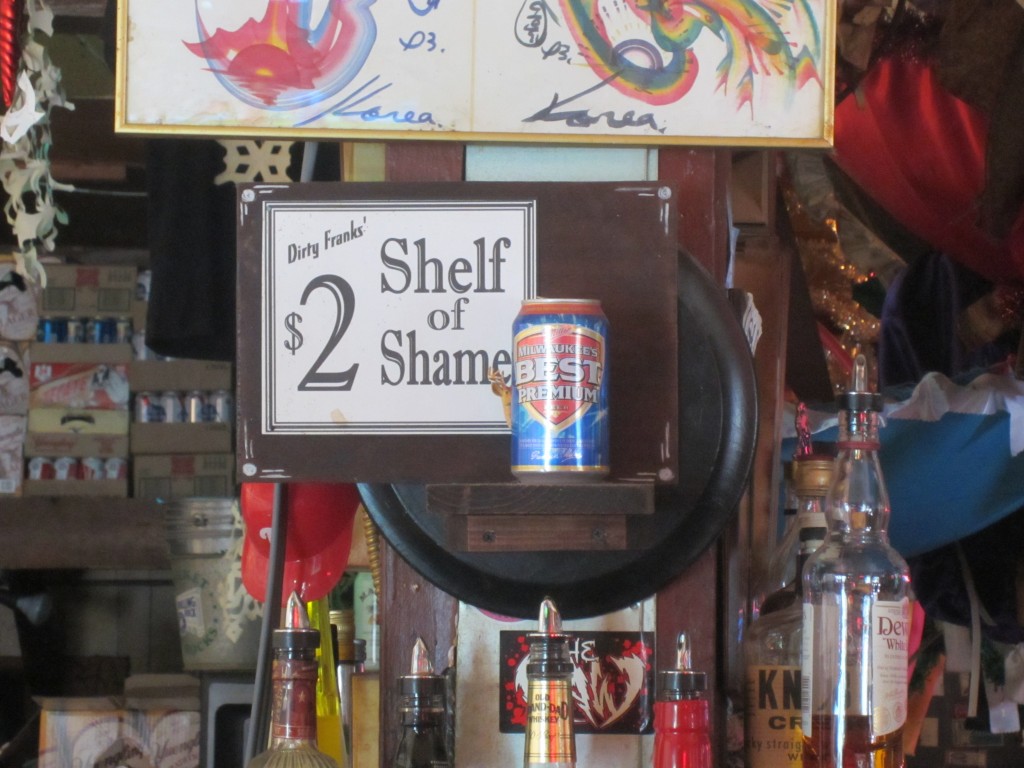 Dirty Franks is a community within a community hosting events like Frankenfest where patrons come dressed as their favorite Frank, a chili cook-off and an annual picnic, which is the only day the bar closes.  And perhaps best of all, each year the bartenders choose Dirty Franks’ Customer of the Year…a coveted honor for any overachieving drinker.   If you win, you earn a tribute on the wall of the bar.

As with any bar the bartenders help make the experience.  The bartender on duty while I visited was the “new guy” having only been with Dirty Franks a couple of years, yet he had plenty of stories to share.  Others have been around for decades bearing witness to…well, just about everything.

All kinds of people frequent Dirty Franks .In fact, Bob Dylan was even thrown out of the place once a long time ago.  But if you behave better than Dylan, you will soon find yourself immersed in the unique culture that is Dirty Franks and you will understand what keeps people coming back to this place – many of them everyday.  In the words of one of the long time patrons, “No matter who you are, what you are or what you’ve done, Dirty Franks makes you happier!”